We got out of bed super early this morning.  After showering and shaving we jumped in the car and headed out for the day.  Last night’s gathering, a pre-Grill’n event if you will, was so much fun.  You may have just asked yourself why I took the time to shave on vacation. The reason is because I don’t do anything half-heartedly.  I’m either clean-shaven or bearded.  In the past year I grew it out and kept it longer than I ever have.  I even had a handlebar for a few months.  It looked awesome.  But today, while working a Grill’n & Chill’n event for all of you I must remain professional and as ruggedly cool as I look with considerable growth I need to keep it smooth.  That was an odd tangent. 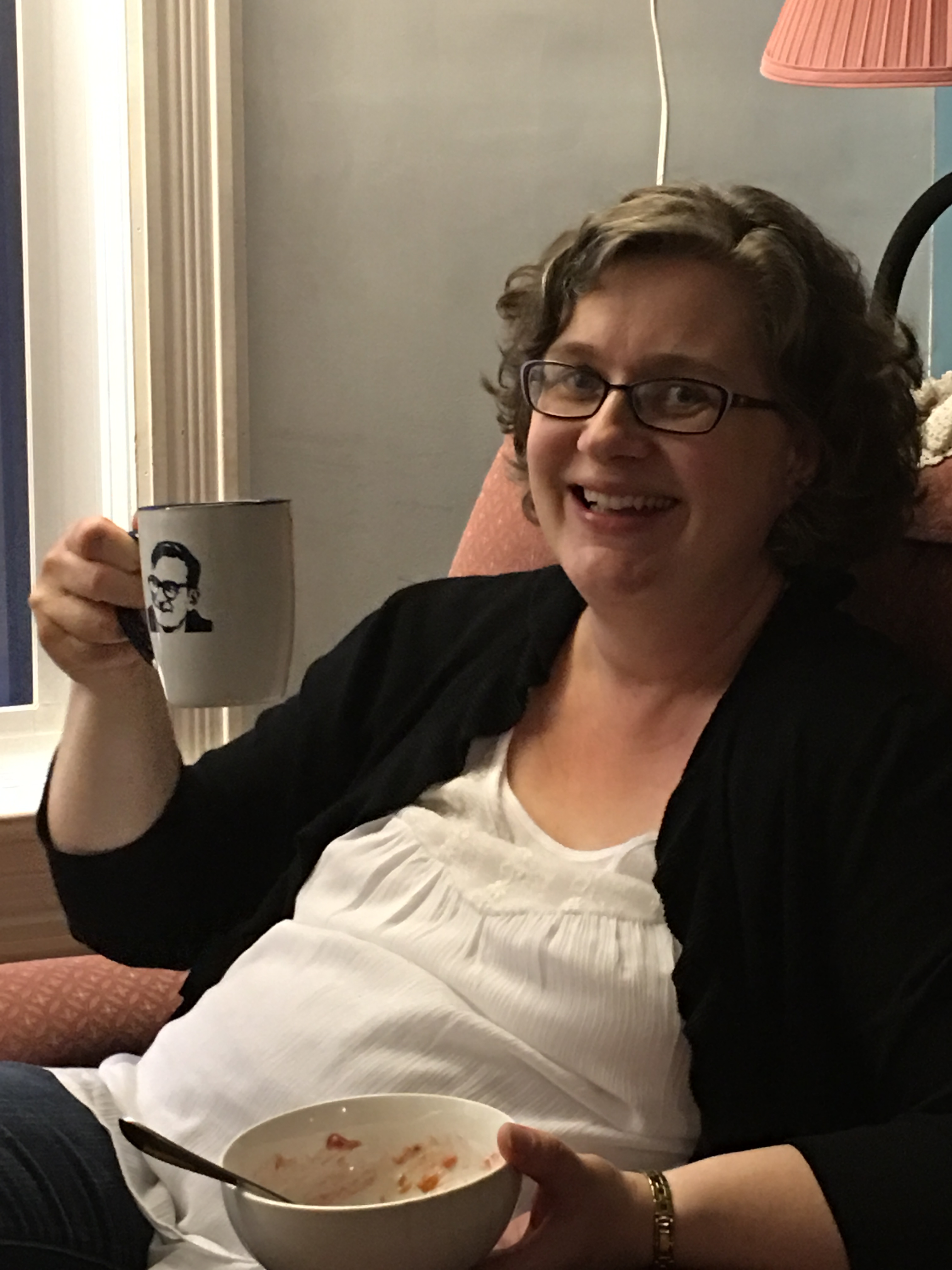 Our first stop was the local Tim Horton’s.  Why not?  How often are we in Canada anyway?  Then it was on to the Provincial highway network and a two and a half-hour drive to the end of Nova Scotia.  When I say the end, I mean the very end.  We crossed the Canso Causeway and onto Cape Bretton Island and then drove along the southern route around Bras d’Or lake out to a tiny town called Glace Bay.  It was a bit confusing since our hosts simply referred to the two main roads as “the new road” and “the old road”.  A number would have been helpful.  For the record these roads do have numbers.  They’re not quite like our Interstate system.  Here in Canada it seems that highways are strictly a provincial operation.  That explains why Autoroute 2o in Quebec suddenly turns into Highway 401 in Ontario.  Different signage, different language, same road.  The “old road” that we took brought us past the most incredible scenery, past lakes and through rolling hills (a bit of fog too) until we reached our destination.

My ancestral home in Glace Bay.

The reason for our trip is sort of odd.  You see, over a hundred years ago my grandparents were born and raised in this little hamlet.  They didn’t know each other.  That’s odd right there because there can’t have ever been more than a couple of thousand miners and their families in the town.  Before they turned 20 they had both skipped town and headed first to Boston and then New York where my mom was born.

Let’s talk about the mining industry, shall we?  Glace Bay was a mining town, a company town.  Besco, the British firm that basically owned the mines, the town, and the employees apparently treated their workers like slaves.  The coal fields extend six and a half miles out under the Atlantic seabed.  How’s that for a commute?  Workers would sometimes be forced into the mines by the age of 8 if a dad was injured and would work 12 hour days.  It would take 2 hours to reach the site, for which you would not be paid.  Once there, men would blast, chip, and load coal onto carts that would be pulled out by ponies who lived in underground stables and never saw the light of day.  These are the famous “pit ponies” to which I referred in my last dispatch.  If one was lucky, a man could earn 50 cents a day doing this.  The men of the mines got to be real close during their time together.  There is a famous photograph of a group of naked men showering the black coal dust off their bodies at the end of a shift.  The men are laughing as they recount the events of their day.  Don’t worry, they’re completely covered… in coal – the very thing that sent most of them to an early grave.

My grandfather, no fool, saw this as his future and bolted.  That’s how I grew up in New Jersey and not the Maritimes.  But some family did remain including a cousin who died five years ago at the age of 97.  She’s buried in Glace Bay not far from the home my great-grandfather owned.  My great-grandmother’s stove is actually in the Miners’ Museum at the site of the entrance to the old mine right on the coast.  All of these things brought us to Glace Bay.  I had to see for myself and show my kids our heritage.

Benedict and I took a tour of the mine.  I had to duck the whole way since the highest ceiling is only five and a half feet tall.  We learned a lot.  We saw “the” stove.  We found the house in town.  Finally we went to the cemetery.  Although I did not find my cousin Lexi’s grave I did find many McLellan graves.  You might notice that’s an unusual spelling of that name so that’s how I knew I had found family.  Then again, one of the McLellan headstones had “MacLellan” with an “a” etched on the reverse.  Perhaps the name was toyed with over the years.

After leaving the town we stopped in the slightly larger town of Sydney to see the world’s largest fiddle.  Why not?  Then it was back to Antigonish along the “new road” which circled the lake to the north.  We had been told by Brian to stop at a little joint called “Lick a Chick”.  We were scared at first but our fear subsided after we ate.  Good chicken.

Right after we crossed the Causeway back to the mainland we stopped to pick up lobsters for our guests.  That’s right, friends, this is how we “grill and chill” in Atlantic Canada.  Start thinking ahead.  If we’re coming to your town, perhaps you have some local fare we could help with.  In fact, our next event in Lafayette, IN will see us roast a pig that has been smoking for a month now!  I just chuckled at the thought of a pig with a lit cigarette in his mouth.

When we got back to Clare’s, Brian had a pot of boiling water ready to go.  Man, these things have got to be the most convenient source of food for those who live in this area.  Think about it.  Basically you put a box down in shallow sea water.  The lobster just walks in and closes the door behind himself.  You take it home, drop it in boiling water, and then eat it.  What amazed me (being unused to cooking lobster) was how easy the whole thing was.  I asked how we would know when they were dead or even if they should be dead when putting them in the pot.  It was explained to me that they froth at the mouth and vomit right before breathing their last.  Seemed cruel but then they taste so good so I really didn’t care.  Also, these things are beasts of their branch of the animal kingdom.  Essentially they consist of a hard shell for protection, eyes, and nothing but solid muscle.  As a man who’s worked out for the past 20 years I would kill to have that low bodyfat percentage.

We really enjoyed our time with the Lazurri’s.  Catching up with Clare and Brian was great fun and hopefully it won’t be this long again before we see them.  Who knows, perhaps we dined with future Crusaders tonight?  The truth is that we never really know what God has in store for any of us.  I’m not sure how Clare came by Christendom but I’m glad she answered that call just like I’m glad my grandparents left for New York all those years ago and I’m glad I came back “home” today.

Tomorrow it’s on to another Province for more sightseeing and just a little bit of driving.  See you there!